Profit Kings Media treats each and every one of their publishers as a family. Our goal is very simple and direct. Our primary aim is to help you make as much money as possible. Profit Kings Media wants to continue being a well-respected, efficient, and exceptional network, and will compete to earn your business by serving you the highest payouts possible, ensuring quality support, and bringing you offers that convert like hotcakes!

No more dealing with tracking software that goes down. Check your stats in real time with powerful analytical reporting. Sign up with Profit Kings Media today and let's make money together. Your application will be reviewed and approved within 1 business day upon acceptance.

Here's my experience with PKM in a nutshell

-PKM never paid me on time (big issue)
-There's tons of offers in all major verticals that convert
-Yousuf Yalda will 100% hustle you via skype to the point of uncomfortably.
- Some non-payouts with BS excuses or no excuse at all.

Here are the reasons I stopped ALL campaigns with PKM and will NEVER work with them again...

So... Leads were accumulating, and my threshold to turn off traffic without getting paid is $3000.

At $3507.00, I killed all traffic to PKM offers, to mitigate potential loss.
Screenshot: http://screencast.com/t/9Aj6CxyAuv

When i asked Yousuf what's up, he STOPPED communication with me!
Every 2 weeks or so (for 3 months), I pinged him via Skype, and while he certainly read my messages he chose to ignore them! What an idiot because that same traffic, blew up the other networks and they love it!

Bottom Line:
Don't work with them, living dead network, lot of these comments above appear to me to be not genuine.

There are SO SOOO many other good CPA networks out there that will not jerk your around like PKM. Sorry for the rant but you try flushing $3500 down the Sh*tter with PKM. And no explanation.... that'll grind you gears LOL 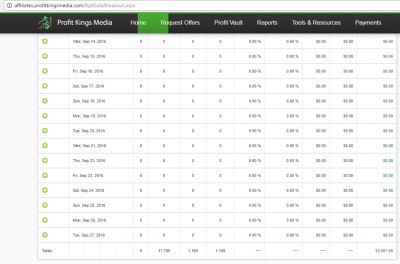 The support is beyond horrible. I have to REMIND them every time to send over my payments, and they’re always delayed.

On asking payment for Feb and Mar he blocked me on Skype and is never reachable via Phone and email.

It appears I am not the only one having issues with PKM.
I have sent several messages to Yousif. I finally got a reply on March 19th about past due balance dating back to Nov, 2015.
After asking me several questions about what I run and networks I work with.
Still as of today I still have not received payment. I do not like posting negative remarks about companies, but after 5 months of non-payment they given me NO CHOICE.
DO NOT TRUST YOUSIF OR ANYTHING HE SAYS. He will NEVER do what he says

Stay far away from PKM. Yousif Yalda is nothing but 2 bit con artist. First they've always had issues with timely payments. Always late with payments and I constantly had to badger them to get my money.

Then I got a pay bump on an offer with the agreement that I would increase my volume. I did increase it and then after barely doing so my payment got stopped. He said the advertiser complained about quality and wouldn't pay me out. He almost didn't pay me what was owed, and I had to constantly message him and the accountant until I finally got paid, BUT he took a cut out of the pay!

After that I stopped running my campaign with them. Out of the blue a few months later Yousif contacts me saying the advertiser ended up saying the leads eventually backed out and they wanted me to send more leads. This guy has nothing but a bad reputation and if you work with him at some point he WILL screw you over.

I even spoke with an affiliate manager at another network. They said they banned Yousif from working with them because he was doing something shady and was running a scam on them.

Man over the course of 5+ years PKM and Yousif has pissed off a ton of people. Do yourself a huge favor. DO NOT WORK WITH THEM!

The support is beyond horrible. I have to REMIND them every time to send over my payments, and they're always delayed. This time though, nobody from PKM is even responding back to my messages, second week. Terrible affiliate managers and support overall. Not a wide range of offers available too.

Shady network, do yourself a favor and stay away. 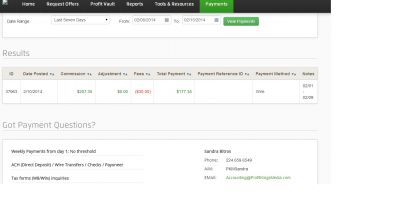 I have awesome experience with PKM. they have nice offers with high payout. They pay weekly with no threshold. Received my 3 payments. Thanks PKM and Sandra. (y)

Profit Kings Media is a great affiliate site with a huge selection of offers and great affiliate support. I have been able to work with my Affiliate Manager and have had all my questions and problems addressed swiftly. Weekly payments are also very awesome! My AM Dillion has been helpful with optimizing traffic and getting the most out of my traffic.

My test traffic with PKM and payment on time!
My AM Ian Usher is awesome :D
Weekly payments with no thereshold :D :D

The best Network i worked so far :D..

I've been working with PKM for over a month now, and I'm very satisfied with the results. Their tracking system is superb, their payouts are over the average and their employees are always there to help you!
There are only two things that I'd like to see added in the future:
1) PayPal Payments – I don't know why, but I've always been a fan of PayPal
2) Have more frequent updates on offers. They have a lot of offers, but it wouldn't hurt to add a few every week. ;)

Overall: I recommend this CPA company to every affiliate. The best of all: Weekly payments!
The payment proof is in the attachments. 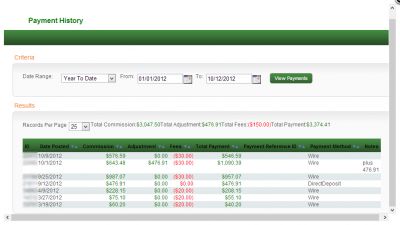 Blaming PKM because the offers don't convert is just stupid. PKM has lots of great offers. Some are better than others. If you say there support sucks than you don't belong in affiliate marketing. Try working with 1,000+ publishers and 1,000+ advertisers yet be on a good mood. I have never seen any affiliate manager who is mad to work with PKM. Everytime I reply to them they always reply back with a good mood. They have the simplest platform I ever seen. Props to Yousif and everyone else who made PKM great. The best network I came across so far.

PKM is an excellent network. I love that I can receive money WEEKLY. Thank you Ian Usher and Ramina Ashak for your support :p

This is the best service dealing with CPA. Offers are really excellent, compared with other sites and none give as large as PKM rates.Ian Usher and Ramina really helpful Their support is the best, is not never met such nice people. I really recommend PKM.