CPAIsland is an International CPA affiliate network based in Thailand, featuring offers from all around the globes. We have multilanguage, and well experienced affiliate managers, that will be helping you to get the best out of your traffic. Offers we do not have? Ask, and we will get for you. Sign up with CPA-Island.com today.

I guess everybody can imagine how much one wants to talk to you, when the first things you do, is threatening, and saying things like: you`re just a moron!" ...and so on...
By the way, I attached a screenshot of his application, where everybody can easily see, that you are simply lying.

And do yourself a favour and learn English, or at least write, that somebody can read things.

1st: We do not have a Hau as affiliate
2nd: Look at your payment terms!!! There you for sure will find the answere
3rd: If you are the one I think you are, you will get an email soon, pointing to our TOS and further infos
4th: A 0.60 EPC in a dating offer that normally has at highest a 0.10 EPC causes questions my friend (at least)

Again to say, we pay all our affiliates the generate leads that are not against our TOS!! And that ALWAYS
Thanks

Today i just received my payment from cpa-island , really great network , fast payments . If u use SPAM methods and fake leads sure u will don't get paid ! Cpa island it's a good network , thanks for fast support guys.
STOP SAYING CPA ISLAND IS SCAM ! 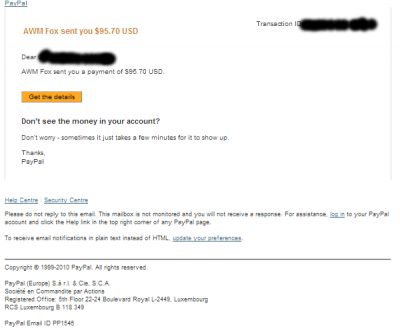 this network is one the best.cheers!

Ok, Maria, or Florinel. Depends on the name you prefer!
It is the same person than the person (itseems), that commented before here.
So let me clear up some things Maria.
1: You generated leads with BOTH accounts via SPAMMING Facebook, which you even sent me pictures of (not very clever).
By the way, I suggest you reading the following:
http://www.revenews.com/kelliestevens/facebook-launches-three-suits-against-affiliate-marketing-scams/
Maybe soon will be one more person, who knows? I would at least by now happily forward proof, personal information, as well as ip address over to facebook, and maybe even someone gives them a hint, that this all is existing ;-).

2: You created 2 accounts with fake address (How can the same ip address be at the same time in Lasi and in Bucarest ???), fake name (florinel antohi from lasi or antohi maria from Bucarest (same IP!!)), phone numbers that are not existing (I called both supplied numbers).

4: Incent. of dating offer (you even sent me pictures of that), even though Inc. NOT allowed, and marked as being NOT allowed!!

Again, both accounts are from now on blocked and will not be paid out (small amount anyhow), and the funds will be transfered back to the advertiser.

I will pass over your personal detail to other networks to warn them of your scamtries.

And probably more things. We will see...

Thanks to Tim for great support, and timely weekly payments.

Wtf are you talking about? Every affiliate has been paid, but you, since you were spamming myspace, etc. with our links.
Spammers are not welcome at our network, sorry.

I have been paid first time also. Not that much though.
Can say nothing bad about the network

@ Aldaud Marketing: is that proof yours?

are you one from them?

Outstanding netwprk with many unique offers.
Tim is giving me great support in all questions.
Have been paid yesterday (12th) for the first time via paypal.
See screenshot
Hope you guys stay like this!
Thanks 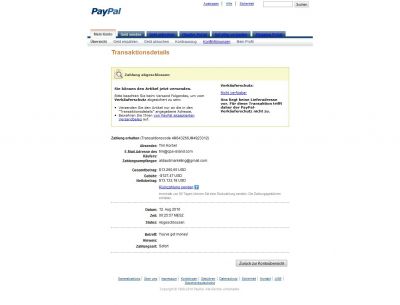