MarketLeverage is one of the web's largest CPA networks. We enable web Advertisers and web Publishers to harness the power of performance marketing.

MarketLeverage Publishers enjoy higher payouts on hundreds of different advertisements while getting the best customer service in the performance marketing industry. Our experienced team of Publisher managers are trained to help our Publishers earn more money from their website, search engine and email marketing efforts. We have the best offer payouts, rapid payments to Publishers, and have the highest paying rewards program in the industry.

I can say Market Leverage is a very good network to work with. I have been paid on-time every month. I have though... been having trouble trying to get a response for going on 2 weeks, about switching from Monthly to Weekly.
But actually it's not like I haven't received any contact from them. I always get a reply before the day is over, but I still haven't received an actual answer. Otherwise I have had an excellent experience with them.

I really have to say Market leverage is a really good network.

They have a nice variation of offers and my AM is extremely friendly & helpful.

We love working with Market Leverage. Great offers, tracking, support and everything and they pay on time, every time. Highly recommend them if you are looking for a network you can trust.

MarketLeverage is an excellent network with good offers. I love them since they have great support and pay me in timely without any delays or issues, been with them for one year now.

Same here. I've used Market Leverage for years and have never had any issues. Payments are always done on time, the offer payouts are very competitive, and Mike is one of the best affiliate managers in the industry IMHO - he really wants to help you succeed with affiliate marketing.

One of the first networks I started working with. They were great at first, but as they grew bigger they stopped being friendly.

When I was making about $700-$900/week with them, I asked them if I could get put on weekly payments instead of having to wait until the 15th of following month as that would help my cashflow and almost instantly put me over the $1,000/m threshold needed - and I even offered to pay the $40 wire fee for the wire and they said NO.

I went on to make another $75k in sales for the other network, so ML lost out because they were unwilling to even consider bending their policies.

Some of the staff there WERE really friendly though, like Dina, but I think their higher-ups were not really interested in new up-and-coming affiliates like me. If felt like they only care about the big guys. At least it did to me.

One other thing I noticed is that my AM would call me and talk to me, saying they would email me some new offers that might work for me, but then would forget to do so.

I have been using Market Leverage for 12 months now. They provide a lot of good campaigns. They have always paid me right on time. They are the best out there, IMO.

Market Leverage is a very good CPA network. They always paid me in time. The customer support is also very helpful. I have received really good results with them and would recommend it to anyone that needs great unique offers! From me 5 stars all the way.

Market Leverage is at the top of my list for one of the most reliable affiliate networks that I have been a part of so far and I would highly recommend this company to others. They have great support and they have paid me on time every single month as well. Highly recommended!

I am fairly new to the Market Leverage cpa network and I have not yet given it a full shot, but from what I can see they have a lot of unique offers to choose from, most in which are some I have never seen on other networks. Start sending traffic next week.

Market leverage is a good company that always pays on time. The only problems I have had with them is the constant changes with urls going dead. Their offers aren't too diversified which they should probably improve upon, but they do have some of the highest payouts.

I agree Market Leverage is a good company. I only worked with them for a short while, but they do have lots of great offers and they really pay.

My name is Julia, and I’m a happy affiliate marketer as well.

I joined Market Leverage for many months, I had never miss a payment so far. I am earning 1600$ a month. I know it's not much, but it's still some earnings.

Market Leverage is the best. :D

As an proud affiliate for Market Leverage, I can personally vouch that this is an awesome network. My affiliate manager is always around to help out. One of the few networks I trust 1000%. 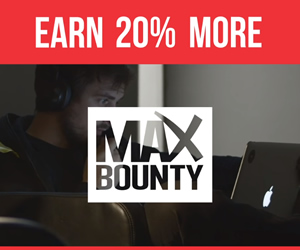