Nicholas Dooley founded CPAPath back in 2010, a one of a kind cost-per-action advertisement network dedicated to your online success. Since then, CPAPath has grown enormously, thanks to its commitment to high performance, and out standing support. CPAPath exists to bring advertisers and publishers together in an optimal advertisement environment, providing quality service, flawless tracking capabilities, competitive payouts, responsive support, and high conversion rates. Ongoing success is only possible where growth is happening—that's why CPAPath is always looking for new ways to optimize your online success, so you can reach new heights of performance and profit. Everyone at CPAPath is intimately familiar with affiliate marketing and driven by the knowledge that the best results are achieved through teamwork. Profiting from online advertising isn't a journey to take alone. From experts to amateurs, when you follow CPAPath's lead, you'll never take a wrong step. Join now and receive weekly payments from the moment your account is activated!

this cpapath network not opening signup page..how we get affiliate in this network.this network stopped before 1year.update me when it is opened.

This is good network for me :)
Not the best, but i like it.
All what can i say.

I earned 200+ from old tracking system still not paid this is not a very organized network and the service is poor. I e-mailed Nick and Chad a billion times and they still are not replying.

Hello Chad
How are you? I earned $58 last week but here my affiliate account is showing ($0.00/$0.00 CURRENT ) why? please help me. I know you are very helpfull so please help me asap. Thanks

I have to give respect where its due and CPAPath is a great network to run. I requested certain cpa offers and they added them into the system by my request. Support answered every question I had. The tracking was good and my payment came in on a timely matter. If you need a solid network to push your traffic to I would recommend CPAPath. My affiliate manager also a great Internet Marketing Buddy Chad did a great job helping me out. But i am requesting to chad for provide my last payment. I got my first payment successfully but i don't get my last payment. last week i earned $58 but my affiliate account is showing [ $0.00/$0.00 (current) ] please solve it. But i am saying again that cpapath is a great network for us. Thanks 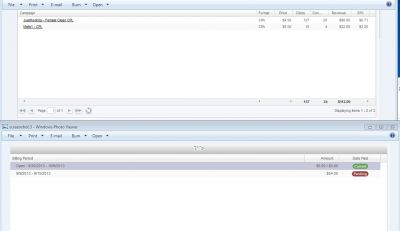 They owe me money and they don't want to pay. The amount is not much but it's my first payment. I sent them several emails but no response. I don't recommend this network. One more bad thing I don't like about them is the payment option, no paypal option. You have to wait to reach a big amount of money to get paid by other options for convenience, then they don't pay you.

I have to give respect where its due and CPAPath is a great network to run. I requested certain cpa offers and they added them into the system by my request. Support answered every question I had. The tracking was good and my payment came in on a timely matter. If you need a solid network to push your traffic to I would recommend CPAPath. My affiliate manager also a good Internet Marketing Buddy Chad did a great job helping me out. Check out my screen shot for the proof of my $251.50 Payment i received. Keep up the good work guys.

CPApath is best cpa network ever , have great offers, great payouts, great support ..
but from the recent offers behaves fishy .. because offers did not convert after there tracking update from link trust to cake .. Before cake I got daily 50+ leads on those offers but after I did not get even single lead :(
and I hope you guys fix these issue ASAP..
May there is some problem in tracking token .. so please check and update if possible .. so I star work again ..
By the way I attach my payment screenshot ... amount of this screenshot is low because of cake and conversion :( 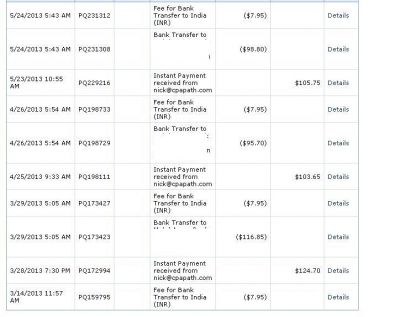 Been with CpaPath for a few years now, and solid trustworthy network. In these few years I still have nothing but great words to say about this network. Solid people from the AM down to accounting. They pay you and really that all that matters, and there offers are some of the best and I am part of alot of top teir networks.

If you looking to make money online and not worry about being paid this is one of the networks, I never worry with them.

So this network contacted us to run a diet offer - (we attached a screenshot of our entire conversation with this company - all thru skype). We tend to be careful when working with new networks - especially ones who run the cake platform, as the cake platform has a built in scrub filter in it ( not that all cake networks use it). So we started working with this company. As you can see we started having problems with them almost immediately after beginning to work with them.

Ok so we started off switching our 60 second auto insurance offer to their platform. We had been running it from adscend media & were getting conversion rates of 15-30%. We sent them well over 150 clicks in the 2 days we had it with them & should have had the usual 22-45 conversions that we were getting with adscend media. However when i went to look at how the offer was doing it had 26 clicks showing - so i contacted them & their response was that they were having to drop the offer from the source they were getting it from and asked us to try some of their email submits instead saying they were direct & also allowed incent ( the 60 second auto insurance was an incent offer). A few day later i had some free time & added the email submit offers into our platform. We had a publisher pick the offers up a few hours later & he ran some traffic on them. He got 4 leads ( none of which credited on our platform - but showed on theirs) This publisher was not based in the USA & the IP's were USA based IPs that were not proxy. The users are very active on his site & ive never really had any issues with leads from them. But i went with his answer that the 4 leads sent on day 1 were all fraud & had to be completed by the publisher. Maybe one of his assistants ( as the sites do have these). So i continued to run the offers.

The next day the crediting started working & the leads were added - so i logged into the cpapath platform to check how the offers were doing. We showed like 10 leads on the email submits & 1 sale offer credit on our end. There were 3 leads showing credited on the cpapath platform. We knew he had deleted the 4 leads - but there were still 3 more unaccounted for & we had whitelisted his crediting IP, so it was not fraud leads. Also the $22 sale offer was gone. So we processed the return on the sale offer & confronted cpapath. Their response - "publisher completed the lead" well the publisher for the lead was based in canada and the lead came from USA. Also they said we had one click and one lead - however we had 2 clicks on the offer - the other click was not registered on his site - yet again. We confronted our publisher & they came back & said that it was impossible - that they have a screenshot of the user who completed the offers user account to prove it was not canceled. (They owned the site the user completed the offer from & used the IP address to get the users email & contacted them directly). So in the same time period they went and said the other leads had been "fraud" and were also deleted - as the publisher had to have completed the leads themselves. ( the publisher on those leads was from Australia and the offer was for USA). At this point we dropped their offers. One time of being told the offers were completed by the publisher is one thing - but every excuse they gave us was that the publisher had completed the lead themselves.

Ok so the next day the publisher we processed the reversal on was irrate and adamant that the lead was not fraud. They wanted a reason for it being called fraud. ( we typically close accounts when "fraud" is involved) So we contacted cpapath again to ask for a better answer then "fraud" on the offer. The response was not as expected. We basically got told to STFU and be glad our account was not closed. That there was no way he was going to question further as to the reason for the lead being called fraud. At this point we are NEVER doing business with this company again, as they deleted leads & did not tell us, they were obviously scrubbing leads on the 60 second auto incent offer & then they were calling every lead on their direct email submit offers fraud & saying the publisher was completing the offers. I lost my cool & let the guy have it. I admit not the most professional - but i am soooooooooo tired of these networks stealing from smaller networks like mine. This needs to stop. Networks like this need to be told that they can not continue to treat people like this. Not to mention steal peoples hard earned money.

Well then my partner told me to look to see if the sale offer they reversed for being fraud & told us they lost the advertiser over was still active. I logged back in ( still had access) and there was the offer - still active & the offer still went where it was supposed to go...... Hmm kinda extremely suspicious for a sale offer that they had the advertiser close their account due to the fraud on the one lead????? Sound like they got caught deleting leads & scrubbing leads & wanted to try to turn it around & try to blame the little guy instead. Remind you of leadcola???? Oh wait leadcola never deleted leads or reversed for no reason & then refused to give a reversal report or valid reversal reason... they only scrubbed. This is wayyyyyyyyy worse!!!

I have been working with CPAPath for a few months now. They are a great company. I can always reach chad on AIM and he is very helpful. They have good offers and even pay weekly which is really awesome. I highly recommend this network.

I'm just wondering if you will add some new Email Submit Offers. I start to doubt that the email submit advertisers, you are working with currently, have a bad tracking system or maybe they are cheating!

I have no words other then SUPERB for CPAPATH . The only network who understand the value of publishers money.
A best Network ever I work with. I got my weekly commission without delay and without any rubbish questions as other network do on payment time

Some publisher like me (I know, should be other more), they should implemet Paypal Payments or Payoneer, because is more fast and easy than other.

Thanks anyways, is Great Networks!

Subscribe to Our Newsletter
Copyright © 2010-2023 Affpaying.com All rights reserved.