A4D Performance (Formerly known as Ads4Dough.com) is run by Affiliates who have the experience to help you get ahead. Our goal is quality. Quality offers and quality Affiliates. We know there are hundreds of networks to choose from, so we make it a point to filter out the garbage that weighs down the competition.

A4D Performance has everything you need for your success:

- Weekly ACH Payments With No Wire Transfer Charges.
- Great Offers Designed for Maximum Conversions With Great Payouts.
- Team Leaders With Real Affiliate Experience Who Understand the Business.
- Extreme Confidentiality. We Will Never Use or Disclose Your Campaign Data.
- Self placed conversion tracking pixels.

Excellent offers, very high payouts, quick and effective support. I would strongly recommend A4D to anyone.

If you're looking for something super whitehat, A4D is the best choice. They are a serious and reliable company, it has always paid me on time :)

A4D is still my favorite affiliate network to use.

We've been working with A4D for years! Their support is way above the industry standards and payments are always on time.

A4D is the best CPA network I have been with since I started affiliate marketing. They deserve more than 5 stars. Keep up the good work guys.

I love A4D. Kudos to you and your team, Jason.

They have a lot of leadgen offers with very good payouts. Highly Recommended Network!

Keep up the great work Jason!

Has top offers and good support from manager.Try it you will love to work with them.

Thanks to A4D. I get paid today. This is my second payment from A4d. Thanks to my affiliate manager, my friend David Armstrong. He is such a kind and helpful person. 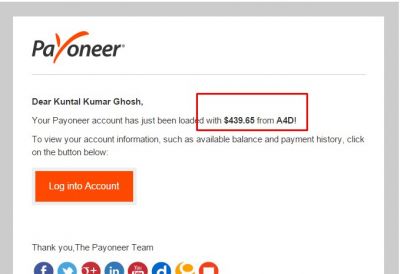 SO I finally reached someone at A4D apparently the owner. I spoke with Jason who explained that my AM was not available today because he called in sick. Jason was not able to verify if payment was sent to me or not. He says he'd actually have to wait until my AM comes in to do anything about my payment. Then he explains that my email only traffic doesn't provide any REFERER info. This to me is ridiculous. I only send traffic in one way. I only use emailing lists. I've been doing this for over 16 years now. So to insult me by basically saying my traffic is "shady" burns me to my core!!!! Even tho I was able to reach my AM on friday, and we both spoke in detail about my account, my traffic and how I generate it, what we can do to get more and what he thinks I could do to make better earnings, not once did he happen to mention, "HEY WHAT'S GOING ON WITH YOUR REFERERS?" No he actually praised me for how awesome I was doing. I'm sure as long as we spoke this ISSUE would've been a part of our conversation at some point. We spoke over an hour and 15 minutes. So how now did referers just miraculously disappear???
So Jason asked that I send him a screenshot of my campaigner drop. Ok, that's fine. It's funny that they wait a week after i'm supposed to be paid to request that if they claim the already sent my pay right. Duh... they didn't send my pay, and they knew they didn't from jump. If they wanted this info they requested this before. I mean wouldn't it be somewhat better to ask for this before payday. That way you have what you need to pay me out? Then I could actually receive pay. But instead you lie and say hey we sent your payment already, call your bank it's them they didn't post your payment yet, it takes a couple days. You know you didn't send my pay so why lie? Then if all it took was a screenshot of my campaigner why not just ask for it before so I could get paid??
This company is shady. Do not send traffic to these people. They just ripped me off and lied the entire way just to steal my leads. These are very difficult to convert leads, and they just stole them from me.
Fortunately I found Evoleads which offers the same exact offers with much higher cpa actually $15 higher cpa!! So they're the better one to go. I've run this offer before with neverblue also for months, with no issue regarding referrers. Neverblue had a slightly lower cpa than A4D offered and that's why I decided to switch with A4D (trying to earn a bit more). But I guess I never should've done that. See what being greedy gets you?? I should've just stayed with what wasn't broken. Neverblue never gave me any issues ever. I've worked with them for over 3 years and not once have we had referrers missing out of nowhere. I've always been paid on time, and they've never stole my leads. A4D however lied all the way in and out of this payment. They first told me I was already paid, and I needed to wait a few days depending on my bank. Then after 5 days of that I was asked to send more traffic (but why would I send more traffic when I haven't been paid yet?), then my AM says lets have a skype call (which I love because I tend to get bored and it's nice to talk to people), so I wait for our time to skype and of course he doesn't answer.... at all! PERIOD. I find out he called out of work today. Fine! I'm short until he gets back. I ask if my payment was ever issued, I get an IDK?? Jason is the owner but he says IDK. Ok, so obviously I was never paid as I was told before I would be. So all the wait a couple days was just bullcrap. But then even to try to sway me into sending more leads to the when they knew they had not even sent payment for what they stole. Nice trick guys, fraudsters at it's best!!
I'm just glad I told him I refuse to send any more traffic until I'm sure they pay. But I guess this may have upset him. This might be why our relationship went sour. I basically told them I didn't trust they'd pay me. Maybe that's why I didn't get paid. But I had a feeling they were trying to steal my leads, and my hunch was right. I wish I never sent any traffic at all to them. Stay away from companies like this that just steal your leads. They make millions ripping off publishers.

I get my first payment from a4d. long live a4d.. 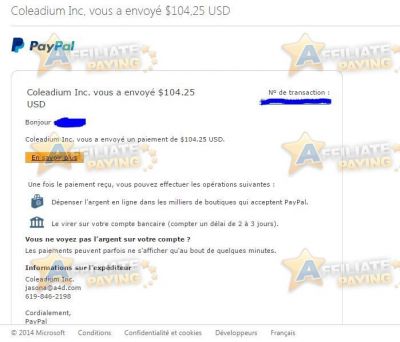