007CPA has been acquired by AdManager. We provide our publishers with a multitude of features other networks simply don't offer. We understand that high converting offers are primary. However, we feel that there are countless other features that are essential to successfully running campaigns, and effectively managing your Internet Marketing business. Beyond our dedicated Affiliate Management team that will make certain that your campaigns run smoothly every day, we consult you in asset security & overseas structuring, both financially and commercially. With this in place your IM business will be protected and will grow exponentially as access to foreign investment markets (which provide much higher returns than domestic) coupled with tax liability mitigation will provide cash "out of thin air". You can rest assured that the earnings from your hard work are protected by unlawful government bureaucracies and frivolous lawsuits, while mobilized to earn more in high return environments. We truly believe we stand alone in the vast ocean of networks trying to win you over. We don't ask you to try us; we instead show you what we offer, suggest you investigate other networks, and then make your own decision. Should you decide to try 007, we guarantee that we fulfill all of our promises here, and much, much more. Select Offers The network manages and provides only a handful of high paying, high converting offers. No time wasted trying to determine which offers pay and convert well. Weekly Payments by Default Weekly payments are default at 007. Minimum payment threshold is $500. We like to pay, and we love to pay fast. Universal Gateways No hassles setting up and managing multiple gateways/widgets. We offer universal turn-key gateways for all major websites to blend your money pages seamlessly with our locker. Publishers Chat We all know how powerful chat can be now imagine one with only big earners. Resource Center We offer an array of Tools, Scripts, Ebooks, & More… Free! Solution Portals Offshore privacy and banking solutions are provided to publishers at wholesale rates and packaged as total solutions. 007CPA Operations We run our network on ethics. We are responsible for what happens here. We'll handle all legal issues with 3rd parties (excluding verifiable fraud). We will cover all advertiser chargebacks (excluding verifiable fraud). We'll handle all banking issues that may arise from/in "controversial" countries. We will teach you how to protect yourself with overseas structuring, financial and business. How You Get Paid We provide payments via wire and Payoneer. Payoneer offers a pre-paid credit card that can be loaded with your earnings; alternatively, Payoneer can facilitate ACH payments in the US and iACH payments in virtually every other country in the world (ACH = domestic bank to bank transfer). In very extenuating circumstances we can make other payment arrangements (please contact your AM). MAKING SURE YOU'RE PAID ON TIME We have paid on-time, every time… we have NEVER missed a payment (by even a day). Our 3-man dedicated accounting team loves to make on-time payments and work tirelessly to ensure that happens!

Wow. I’m very impressed with this cpa network. Everything about them is just amazing. HIGHest rates I’ve ever personally seen, payments are very EARLY, the support is unbelievably fast (Florin). Attached an early payment proof from 007CPA!
One of my favorite Network. Thank you guys! 5/5

I’ve been working with Scorpio Media almost a 6 month and its really legit and pay on time. I just got my payment some day ago. Thanks to all Scorpio media team and especially to sir Florin Pavel. Thanks for patience.

I've been working with Scorpio Media almost a year and its really legit and pay on time. I just got my payment yesterday. Thanks to all scorpio media team and specially to sir Florin Pavel. Thanks for patience.

Best Cpa network i have worked with till now :) earned over 800$ in one month :D the dating offers are very good :)

I had some issues here and there along the way but 007 tries really hard to be a great network and can do good for the right affiliates! :)

One of the best network. Amazing offers. Excellent payment. Very supportive AM(sir Howell) (y) :) I want to stay with them for long.. 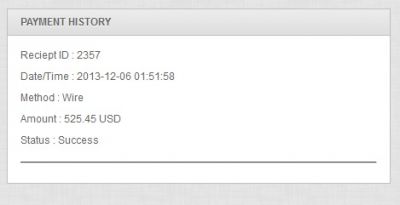 It hasn't been long since I'm with 007Cpa Network - It all started a couple weeks back when a friend referred me to this site saying it will change my economic condition and guess what , it really has! With So many quality offers , great services and having someone like Nox as your AM , You cannot ask for anything else.
One of the best Networks I've ever been with - Long Live 007Cpa! :)

I have been on 007cpa for about a year or so. When i first joined, i was instantly offered support + scripts to start IM.

I have been banned from 007cpa (Some issues but nothing to do with fraud etc. ; more like me being apparently "disrespectful" to the CEO) but thats not the point.

007cpa is a great network and i highly would recommend anyone to join it. I got my payment from them before and am here to say that they are LEGIT. After being toggled from one AM to another, i have come to a conclusion that BOBBY HAZEL is the best with support (A++ 4 u bobby!)

so in general, i want to say that 007cpa is legit but the offers do not convert as good as they did when i first joined but, with the new scripts and fb apps they offer; it shouldn't be a problem.

The reason i joined 007cpa was because of my age (i'm under 18) and they don't care about that and most of all, they do not require ssn since they are offshore.

007cpa is the best network i have ever worked for:)

Best best best network ever :) just love their support.All their Am are awesome , bobby , jagarit , john , james..Just love them.They just be like an family members with all affilliates.Gives you the offers we need.Lastly Epic epc i would say :)love yo guys :)

Best network I have every worked with. Support is always online. Alot of great offers and high epcs. They have very nice tools to work with and a rewards program, earn points when you earn and redeem cool rewards. Keep up the good work 007. 007 is taking over :-)

Wow. I’m very impressed with this cpa network. Everything about them is just amazing. HIGHest rates I’ve ever personally seen, payments are very EARLY, the support is unbelievably fast (bobby). Attached an early payment proof from 007CPA!
One of my favorite Network. Thank you guys! 5/5